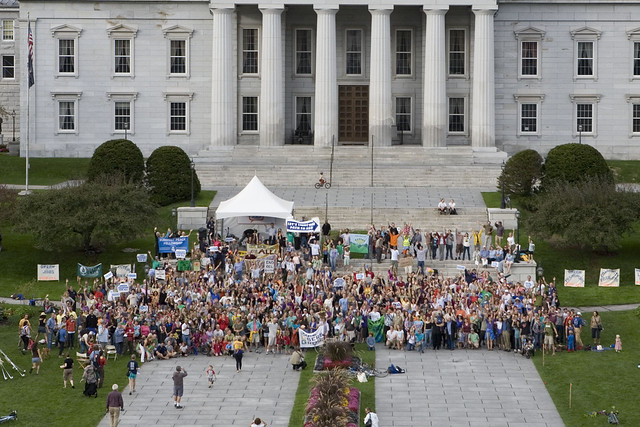 Here’s the picture I’ve been waiting for all day, from my home state of Vermont in the northeastern United States. Vermont’s a small place, the second-smallest state in the union, but it’s the birthplace of 350.org, and filled with great environmentalists. They didn’t disappoint today, with a thousand people biking and walking to the state capitol in Montpelier, where they heard by all accounts powerful speeches from Gov. Peter Shumlin and Sen. Bernie Sanders. It’s especially notable since Vermont is still in the process of recovering from the devastating climate-caused flooding of three weeks ago. Thanks, guys!